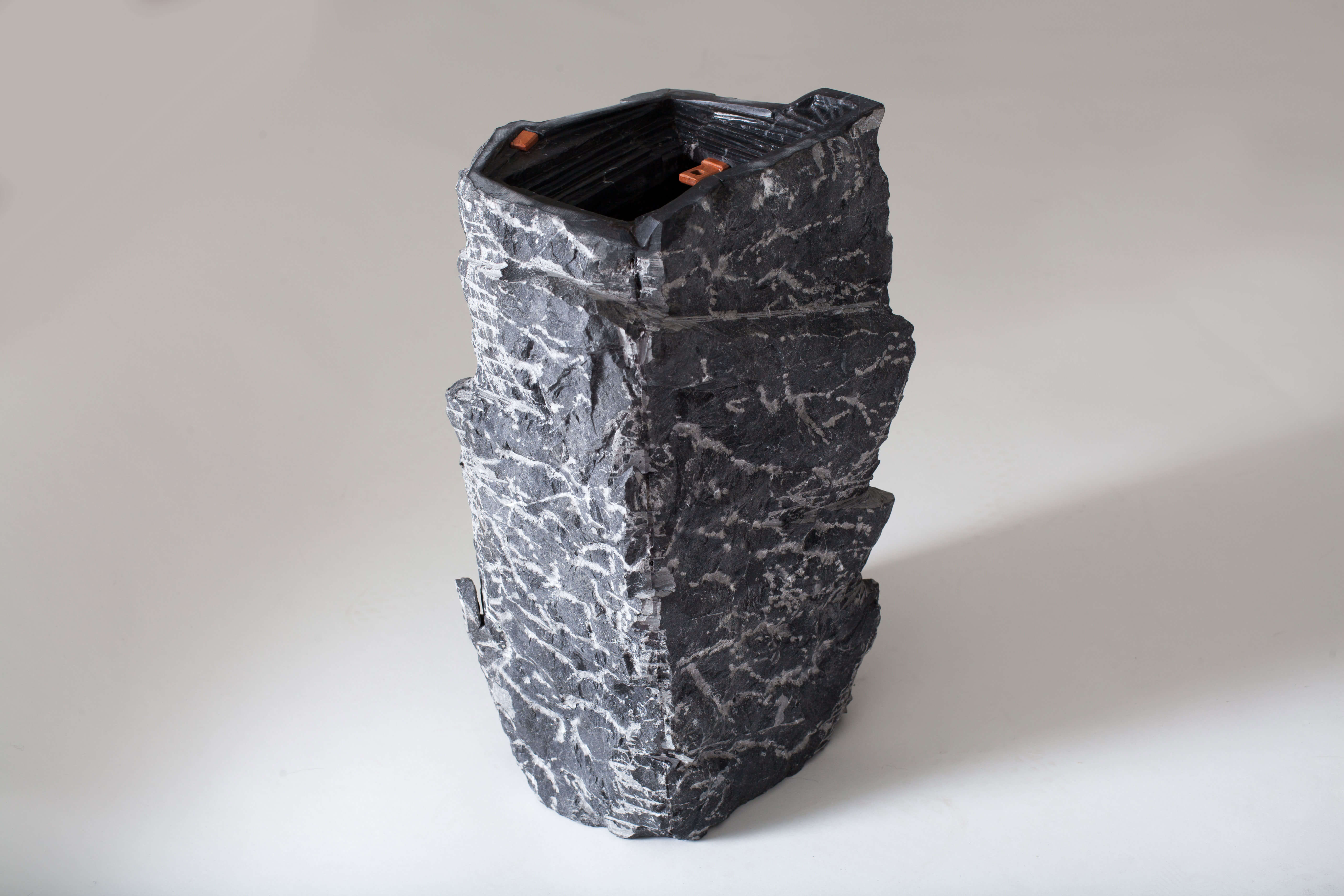 Born from the Markina marble, extracted between Bilbao and Vitoria-Gasteiz in the Basque Country, Le Vulnérable expresses the wild side of the mountain, in all its ruggedness. Tending his flock on the steep mountainside, the shepherd slowly takes the shape of his surroundings : raw temper, simple way of life, and a certain habit of being away from mankind. His face bears the imprint of seasons and weather conditions, and gives him that abrupt and unwelcoming look to the plain people’s eyes. But he has lost nothing of his humanity, he has rather enhanced it at the contact of nature and animals’ love. His exacerbate senses increased his perception. His conscience is vast and profound, vulnerable and strong at once, like the surrounding vastness. In a single gesture he embraces all nature, and welcomes it in his heart. He is not the monolith one thinks he is.

This vase sculpture is carved and sculpted by hand at the Bousquet marble works in Bayonne. The black polished marble inside is highlighted by two small pieces of red Alicante marble, one of which allows to use it as a single-flower vase. 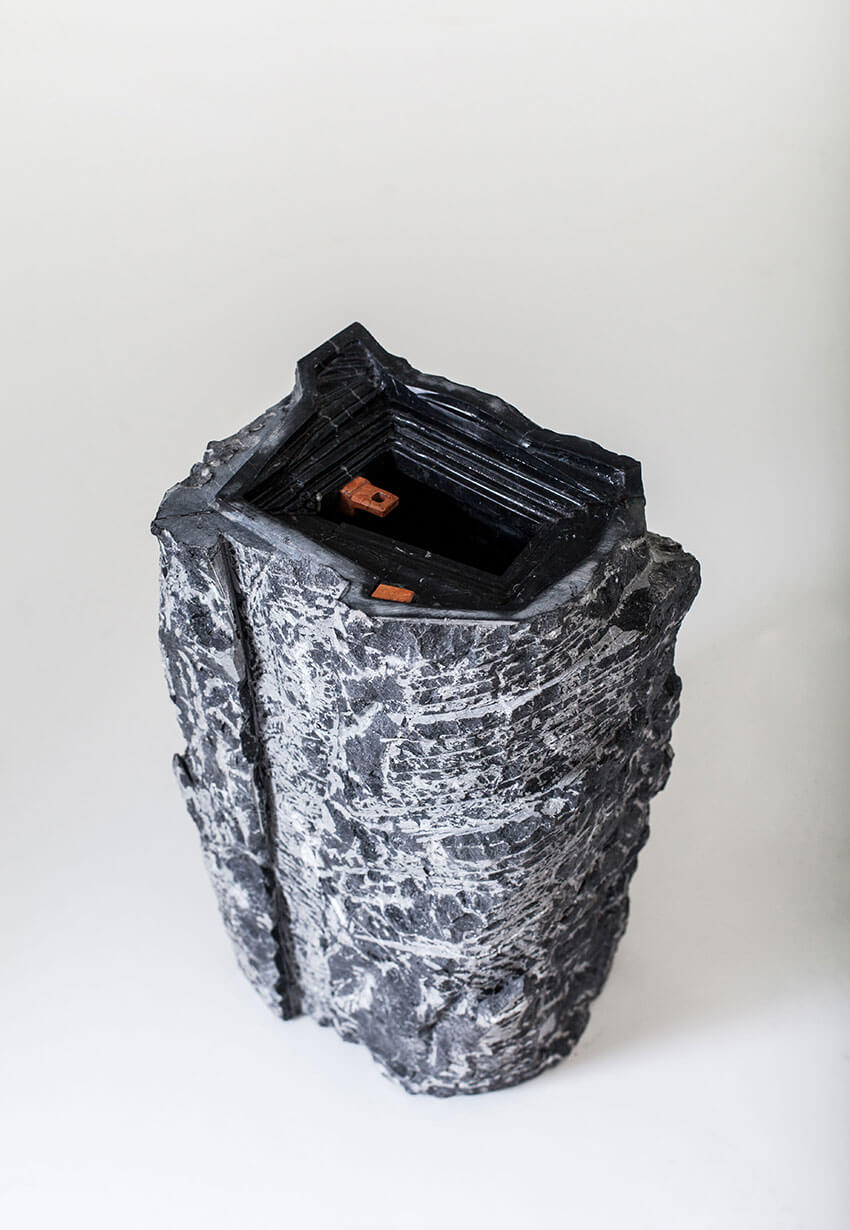 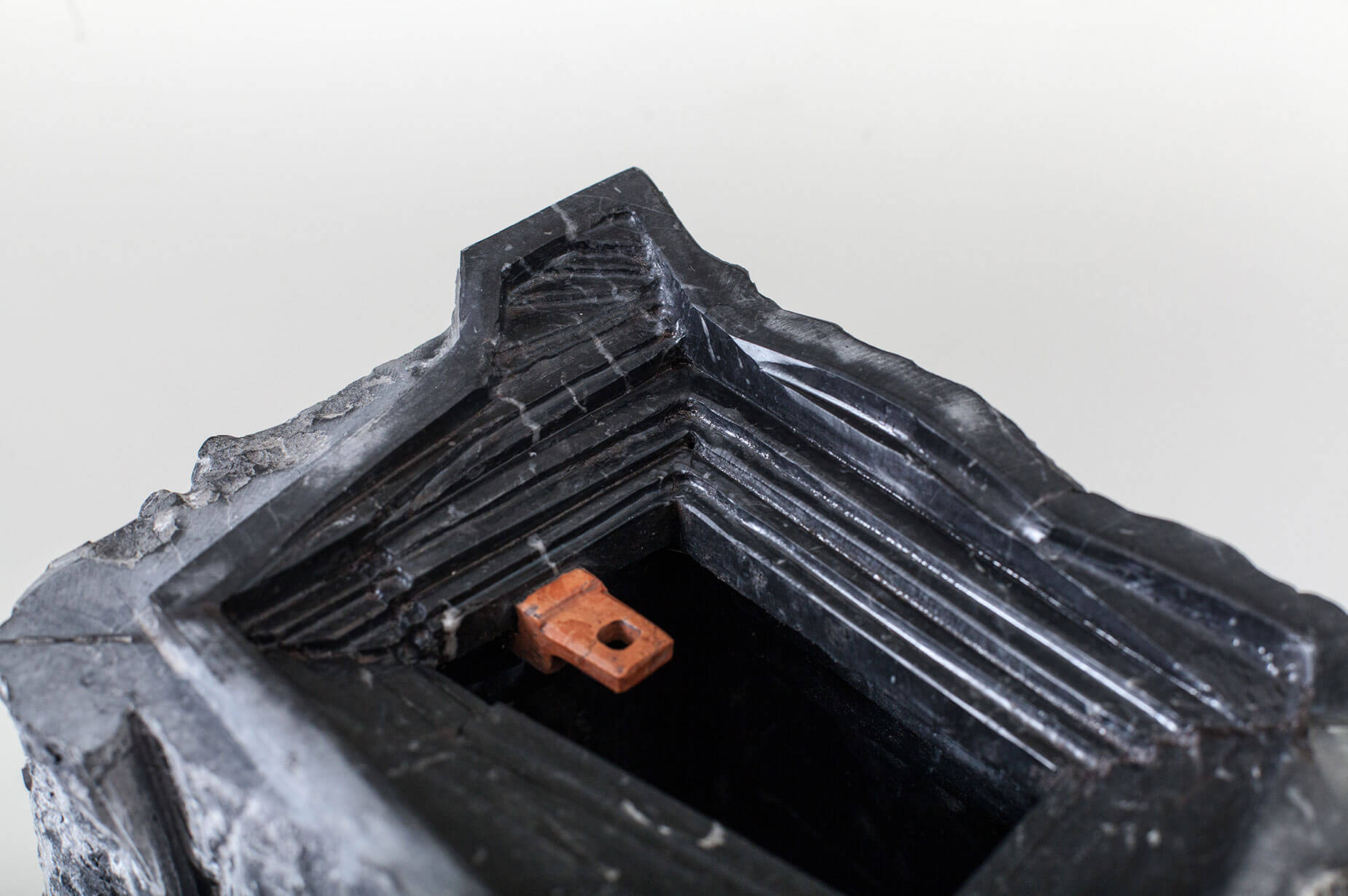 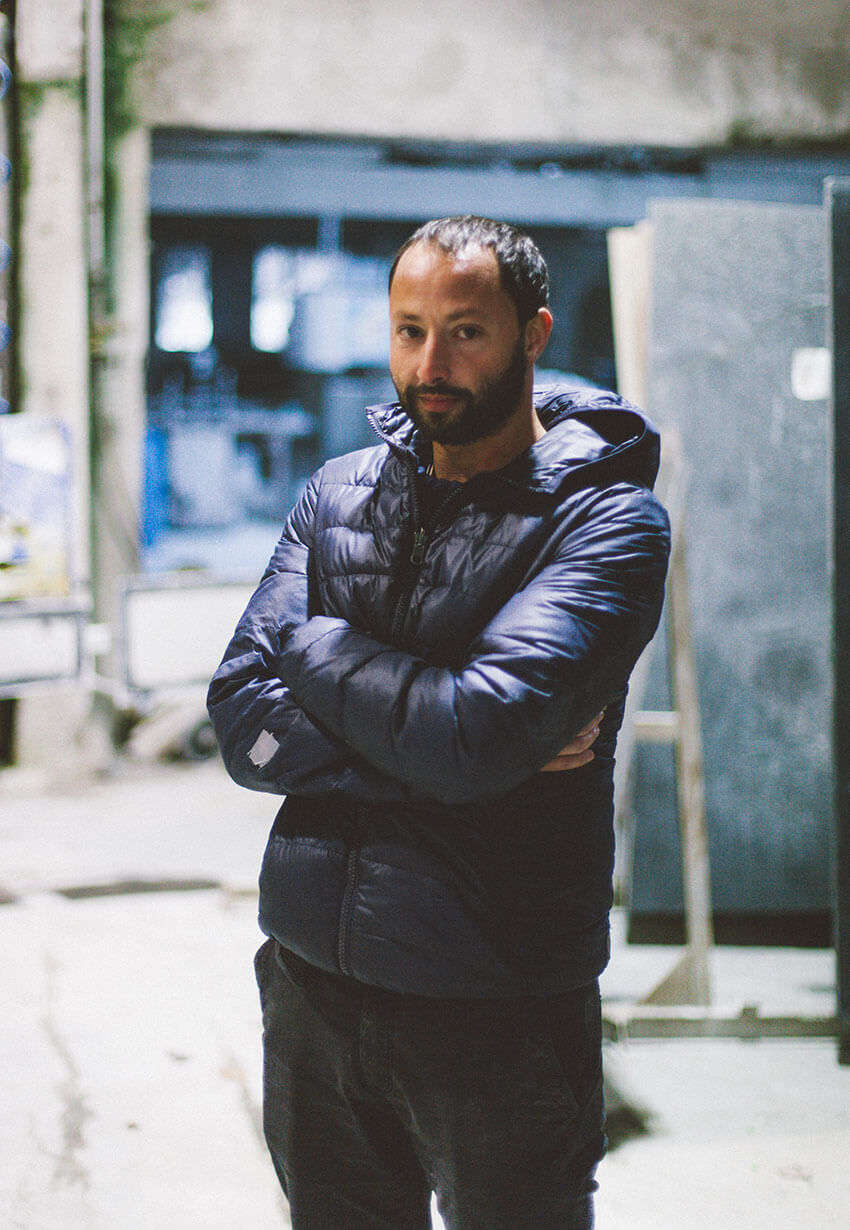